Why Ghanaian footballers struggle to excel in EPL

Why Ghanaian footballers struggle to excel in EPL 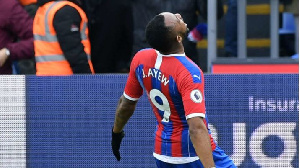 Ghanaian footballers have long been travelling abroad to ply their trade with clubs abroad and over the past few years many of them have excelled in Europe.

Indeed there are plenty of Ghana football players abroad. Of course they are not in the same league as their home-based counterparts, but recent spate of migration of Ghanaian players to Europe shows that they are gaining ground on them.

As soccer is a global sport, there are lots of foreign nations where it is played. It makes it easier for coaches in the best leagues of the world to contact and get them to sign for their clubs.

The demand for Ghanaian soccer players can be difficult to fill in some places. A good way to discover the best talents are through tournaments like the FIFA U20 World Cup or through scouts scouring Africa for talents. Many have information about players; skills, characteristics, ages, and prices.

The game involves more than just soccer. In fact, it involves almost everything. So, it is not surprising that people would be willing to pay top dollar for such talented Ghanaian players.

There are teams overseas that go great lengths to find talents in Ghana. You will often find that they play in faraway places like Europe, Asia, Central America, or South America.

However, very few Ghanaians have excelled playing in the English Premier League (EPL) even though many of them have ventured by signing for clubs in the top flight.

The success book of Ghanaians in the EPL has the likes of Michael Essien, Yeboah, Asamoah Gyan Sulley Muntari and John Mensah written in it and in recent times Jordan Ayew and his elder brother Andre have also made some impact.

But their impact is not comparable to what Ghanaian players have achieved in leagues like Germany, France and Italy. The difference is that while the other leagues look flexible which allows Ghanaian players to play their type of game, the physicality in England works against players from the West African country.

“The difference is huge,” says West Ham defender Ryan Fredericks. “You can spend as long as you want – years, even – running up and down the pitch or running around cones, but 10 minutes in a Premier League match is 100 times harder than any of that.

“You can’t fake anything on a Premier League pitch. You have to react to so many things – mentally, as well. If you get caught out, you’re stuck.”

‘Match fitness’ has long been a buzz term in sport, and never more so than during its attempt to return in the summer of 2020, when players could be expected to regain it at much shorter notice than they would like.