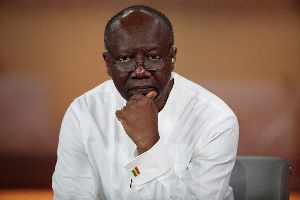 Not a single one of the 48 state-owned enterprises (SOEs) met the deadline for submitting their 2018 audited financial statements to the Minister of Finance, a situation which contravenes the Public Financial Management (PFM) law passed in 2016.

Although the PFM law requires that SOEs submit audited financial statements to the Finance Minister not later than four months after the end of each financial year, none of the companies covered in the 2018 State Ownership Report met that deadline.

In addition, six SOEs are yet to submit any audited financial statements since 2016.

The report, published by the Finance Ministry last week, also cited 22 joint-venture (partly state-owned) companies as flouting the statutory deadline for submission of audited financial statements to the Ministry.

Although the PFM Act further requires SOEs and other state entities (OSEs) to submit quarterly reports on their operations to the Finance Minister, the report revealed that only 8 out of 87 entities met that requirement in 2018.

Section 98 of the PFM Act states that any person who refuses or fails to produce or submit any information required under the act commits an offence and, where no penalty is provided for the offence, is liable on summary conviction to a fine of not less than 150 penalty units and not more than 250 penalty units, or to a term of imprisonment of not less than six months and not more than two years or to both.

The Finance Minister, Ken Ofori-Atta, in a foreword to the report described it as a vital monitoring tool for the ministry to assess the performance of the SOEs and OSEs in particular, as well as assess whether or not the state’s partnership with the private sector is delivering the required results.

While the ministry decried the general abysmal financial performance of SOEs, it did not indicate whether punitive measures would be instituted against those responsible for flouting the provisions of the PFM Act.

The report, which covered 36 out of the 48 SOEs, revealed that the entities made a combined loss of GH¢3.1bn in 2018, a 150.5 percent deterioration over the previous year, when SOEs recorded a net loss of GH¢1.2bn.

“The financial performance of SOEs is a major concern to us, both from the standpoint of the state as an investor, which expects commensurate returns for its investments, and as the bearer of the fiscal risks from SOEs,” Mr. Ofori-Atta said in his foreword.

For companies which the state jointly owns with other private interests, there was a marked improvement in their financial performance over the previous year.

Out of the registered 42 joint-venture companies (JVCs), 25 submitted their financial statements, posting an aggregate net profit of GH¢1.4bn in 2018. This represented a 598.4 percent improvement from the combined net loss of GH¢272.2m in 2017.