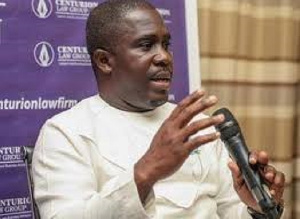 Energy expert Paa Kwasi Anamua Sakyi is predicting that the oil sector may not fully recover from the virus shock this year, and job losses will take a while to be regained.

“The extent of economic destruction accompanying the coronavirus crisis is thought to be much greater than the 2008 crisis, hence full recovery is not expected anytime soon. The recovery this time around would be slow and gradual because the oil sector took the hardest hit in the wake of the pandemic,” he told Business24 in an exclusive interview.

He said it is difficult to say demand and prices would get to the pre-COVID-19 levels because there are several risks likely to distort that forecast.

The factors that cast a shadow over the immediate recovery of the sector, he said, include a possible second wave of infections as well as the political tension between the U.S. and China.

“Certainly, demand, particularly for oil, has been improving as more economies begin to reopen, allowing people to move about and get back to productive business. But whether the current surge in demand, which is invariably translating into price recoveries, would prove sustainable is hard to conclude.

“Should a second wave of infections occur as warned by medical experts, the initial anti-Covid-19 protocols may have to be revisited, and that is likely to suppress crude oil and petroleum product demand, and subsequently hit hard on prices. Stocks may have been drawn down compared to early May; however, there are still hundreds of millions of barrels of both crude and petroleum products sitting in storage tanks around the world.”

He said currently over 2.2m barrels of U.S. production is shut in because production cost was higher than the past four months’ selling price.

“Oil at US$40 plus per barrel would automatically serve as an incentive for the producers to begin pumping more. There is also the issue of natural gas storage already getting full due to the milder winter. And also going into the summer, storage is likely to get fuller as demand for gas falls and new supplies come in later in the year, as forecasted.”

In Ghana, government is likely to miss its revenue target from oil by some 53 percent due to lower than projected prices on the global market.

The government in the 2020 budget projected to receive US$1.567bn from oil revenues, anchored on a price prediction of US$62.6 per barrel. However, oil prices have dropped largely due to the pandemic.