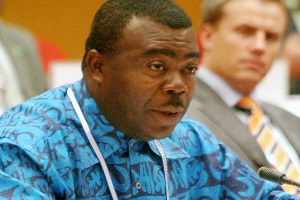 Government by the end of the 2018 fiscal year had been able to recover just GHc 4.4 million of its GHc 14,867.4 million in outstanding on-lent loans to the various State-Owned Enterprises (SOEs).

According to the latest 2018 State-Owned Enterprises (SOEs) report, under government’s existing on-lent facilities arrangement, GHc 14.863 billion still remains outstanding as at the end of 2018 fiscal year.

However, the report further reveals that recoveries on significant portions of signed on-lent agreements are yet to kick in, since their grace periods are yet to elapse.

At present, it remains unclear how much of these recoveries was made during the 2019 fiscal year and first quarter of 2020. However the poor financial performance of most SOEs with regards to profitability and returns on both assets and equity suggests that many of them simply lack the capacity to repay their loans in timely fashion, if at all.

The total outstanding stock of government guarantees amounted to GHc 2,348.9 million (US$ 487.1 million) which are contingent guarantees on their books rather than outright indebtedness.

With respect to guarantees, none of the existing debt guarantees were called on in 2018. This is as a result of the Finance Ministry’s effort to strengthen its credit risk assessment framework, which is expected to forestall future potential risks of government in extending guarantees to SOEs.

Government as part of the broader measure to address the fiscal risk associated to lending to SOEs institutionalized several irreversibility structures including the PFM Act, 2016, of which, Sections 66 and 67of Act 921 mandates that before government grants a loan and or issues a guarantee it must conduct a credit risk assessment on an SOE, to ascertain the fiscal risk.

The credit risk assessment framework which was developed and operationalized is being used to assess new requests for guarantees and on-lending facilities. It was applied to some selected energy sector entities in 2018.

By end-2018, government held equity interests in 130 entities operating in various sectors of the economy. These are made up of 48 State-Owned Enterprises (SOEs), 40 Other State Entities (OSEs) and 42 Joint Venture Companies (JVCs). 7 new entities were created in 2018.

Some difficulties in the SOEs sector include debt overhang and liquidity challenges posing fiscal risks to the economy. Government plans to support the various SOEs which should significantly enhance their financial health, so that they can borrow on the strength of their own balance sheets.