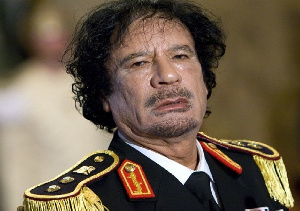 Businessman Alfred Woyome has revealed that he played a key role in helping Ghana win the bid to host the Africa Cup of Nations in 2008.

Woyome disclosed he was the mastermind behind the successful bid of the competition, insisting that he had to convince the late Libyan President Muammar Gaddafi to allow Ghana to host the competition.

Ghana's main contenders for the hosting rights were Libya, who were in better standing than the West Africans.

“In 2001, Honorable Osei Kwaku (late), called me and asked me what we could do for the youth. So I decided that we had to turn Ghana into a sports tourism center,” he told Umaru Sanda Amadu on Face to Face on Citi Tv.

“In Austria, what I saw was that they had sports mixed with other tourism activities and it earned them $40 billion per annum.

“So I said we had to do something like that. That was how it began, then in transcended to Rashid Bawa (then Education, Youth, and Sports Minister), and so on.

“Then we needed to host the tournament. That brought the idea of CAN 2008. And believe you me, how did they win it in Egypt? Rashid Bawa, Rex Danquah is there, go and ask them. Libya was their contestant. I had to travel to Tripoli and tell Muammar Gaddafi, ‘leave us and let’s do it’ as part of the Pan-African movement and things like that, so we won the bid, ” the former Austrian Honorary Consular General said.

“I had to travel to Washington to look for money. That’s why I was against the HIPC because HIPC country cannot fund a tournament hosting.

“The LOC itself, when they first formed it, I funded it because there was no money. I was later compensated for that through a court order.

“So I went to the Multilateral Investment Guarantee Agency (MIGA) of the World Bank, to get them to support the Government of Ghana in terms of guarantee because we were HIPC.

“Then I had to go to the market in New York, trading here and there, and there I got Bank Austria to give Ghana almost $1.4 billion dollars, the biggest softest loan ever to any country south of the Sahara. And that was how we could host the tournament,” Woyome concluded.