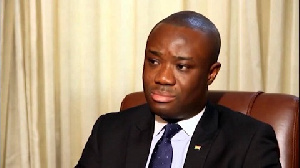 He believes this is being engineered by the President just to mislead fanatical supporters of the New Patriotic Party (NPP) and unsuspecting members of the public.

“It is also entirely possible that he is fully apprised of the contents of the Green Book but has chosen the path of falsehood in so far as it enables him to mislead fanatical supporters of the NPP or unsuspecting members of the public and in the process hide his dubious reputation as the least performing of all Ghanaian leaders at least in the area of infrastructure or capital investments,” he suggested.

This is the umpteenth time the President has run down the main opposition Green Book, which chronicles the achievement of the former NDC administration.

But addressing a press conference at the NDC’s weekly media briefing, Mr Kwakye Ofosu, said “For the avoidance of doubt, there is not a single project in the Green Book which does not exist on the ground today or for which clear context has not been provided regarding its status.”

He insisted that everything highlighted in the book “are as real as they come and evidence of them are abundant.”

Below is the full statement

Good morning ladies and gentlemen of the media,

Thank you once again for your kind coverage of this important platform.

Last Friday, President Akufo-Addo, at the commissioning ceremony of the Tema Motorway Interchange stated as follows “we made a pledge to the Ghanaian people to expand and improve the road network while closing the missing link in the network”.

“We had to make this pledge because we know that the so-called unprecedented infrastructure development of the Mahama administration was fantasy, existing in the Green Book and not on the ground”.

It bears mentioning, that it would not be the first time that President Akufo-Addo has made such comments about the contents of the Green Book or the stellar record of his immediate predecessor, President John Dramani Mahama.